Hundreds of spectators lined the streets to catch a glimpse of cycling’s biggest stars as the first Tour De Yorkshire through the North York Moors at Castleton, Danby, Egton and Grosmont

Grosmont was the scene of some of the day’s most exciting action, as Team Sky’s Rotherham born rider Ben Swift came down in a multi-rider crash after the climb. Norwegian Lars Petter Nordhaug won the first stage. The race was organised after Yorkshire successfully hosted the The Grand Depart of the Tour De France last summer. The event has attracted a world-class field after it received backing from cycling’s world governing body the UCI. UK Event Associates Ltd were a direct supplier to Tour de Yorkshire, ASO for Crowd Management and stewarding.

‘thank you so much for all your teams assistance on the day’ Marketing Manager, North Yorkshire Moors Railway. 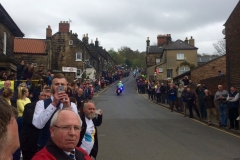 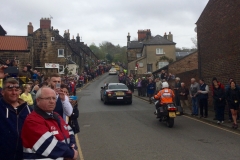 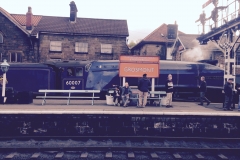 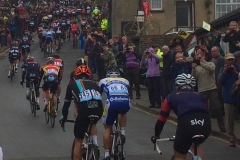 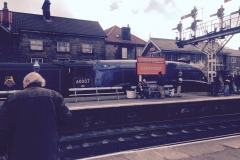 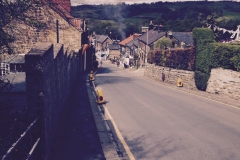 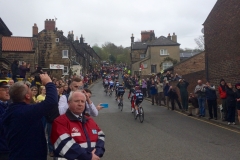 About the Author: Ben